We can write, produce and record songs in most styles from scratch or from your own ideas. We have written and recorded many songs for clients. We are creative, versatile, have access to many very talented session musicians at affordable rates.

Read, watch and listen to some of our recent commissioned songwriting projects below.

Kyle Coleman – Beyond the Syntax 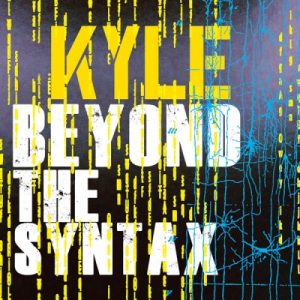 Kyle - Beyond The Syntax

Kyle Coleman is a non-verbal autistic singer hailing from Cornwall UK. Music therapy has helped give him a voice. Kyle has developed a remarkable ability to learn and perform songs but remains unable to communicate verbally nor speak more than a few words.

This, Kyle’s second album ‘Beyond the Syntax’, features 12 original tracks written and produced especially for Kyle by producer John Carter, touching on various aspects of autism and his life. Kyle’s mother penned the majority of the lyrics from which John crafted into songs, all of which are hooky, anthemic and no holds barred on the production.

This is probably  the most challenging projects we've ever taken on. Kyle is unable to communicate and at the beginning of the project overdub 'dropins' were impossible as Kyle needed to hear the song from the very start to work out where he was! Diction was also problematic at first, but during the project he became increasingly better and more passionate about the music and his songs once he had familiarise himself and taken ownership. This made the project so rewarding and such a unique project and an absolute honour to be involved.

No two ways about it, this album is probably not what you’re going to expect… It is diverse, ranging from the upbeat commercial to the uplifting beautiful, the melancholy and the downright obscure! There is something for everyone. This ground breaking album will take you on a journey of light and dark, the beautiful and eclectic, the commercial to the obscure as you find out more about Kyle’s world whilst witnessing how Kyle has truly found his voice

Kyle has truly developed as a singer since recording his debut album ‘Therefore I Am’ in 2012. This new album shows off how he has stretched himself, and is shaping his sound and perhaps is an insight in what’s to come next?

‘Beyond the Syntax’ is available on iTunes and in Digibook CD format.

Local singer ‘Erika’ wanted a song commissioned especially for her husband based upon an old sea faring shanty. 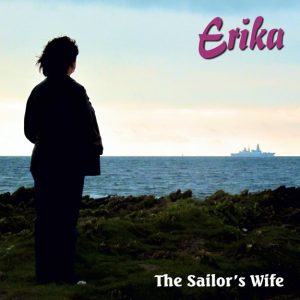 Erika’s husband is in the merchant navy and when they were first married they both spent months at a time away at sea together as the Sailor’s wife’s often accompanied them on their travels.

After a few years, Erika remained at home with her feet on dry land. As independent as one another, they both enjoyed being apart, although missed each other. Catch 22!

Based upon an old sea shanty verse written credited to the fisherman’s wives of Nantucket, The Sailor’s wife is an original composition commissioned by Erika to celebrate their years together… and apart!

…’When he says “Goodbye my love, I’m off across the sea”… first I cry for his departure, then I laugh because I’m free!’

The musical arrangement and performance is by John Carter with backing vocals by local session musician Chris Watts with the lead vocal performed by Erika.

Following the quite remarkable discovery that he could sing, Kyle Coleman (25) from Cornwall, who is Autistic, and can only speak a few words, first came into the studio with his mum in 2011 as a treat to record a few songs.

Seeing how much he enjoyed the experience and realising the potential to aid his development of language, his mum (Caroline) continued to help Kyle learn songs for an entire album which was produced and sold with proceeds being donated to the National Autistic Society. We were commissioned to write and record  original track to feature on the album which touches on aspects of Autism. The song is called ‘Just Listen’. 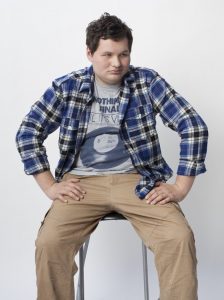 Lyrics were written by Lucy Skye who works at the Cornwall branch of the National Autistic Society, and the rest was left to us to write a catchy song that Kyle was able to sing, bearing in mind he had literally only just begin to use his voice for the first time in his life, so this was always going to be a challenge, to write and record!

The music was written, arranged and performed by John Carter, and we used local session musician vocalists, to lay down guide vocals which Kyle would copy, and all the backing vocals.

Kyle’s debut Album ‘Therefore I Am’ was released on 2nd April 2012 to coincide with Worldwide Autism Awareness Day.

Following the release of the album, the story was picked up and featured in all the UK national press, and made it onto worldwide TV and radio including Italy, Australia and CBS News America !!

The Sun Newspaper picked up on the story and put together a short video online to showcase the song. It received 170,000 hits in just 2 days to great acclaim, and most importantly offering much hope for parents with Autistic children, seeing the power of music. Quite a humbling result all round!

A professional video was shot by Dan Broadley Films on location in Kyle’s home town in Cornwall and at April Media Productions Recording studios, which beautifully compliments the song.

We have been writing and recording material for an album of original material for Kyle, which is set for release early 2014.  Shaping up to be something really quite special and a real first, so set for big news. We’ll keep you posted…

Sparkle Speak are a language resources company based in Devon.  In 2011, Sisters Ruth and Jennie (a writer and a primary school teacher respectively) approached April Media Productions with a view to making their ideas reality. ‘Mais Oui’ was our answer, and Sparkle Speak was born!

Their idea was to combine fun and engaging music with animations of the many characters they had conceived and bring them to life in the classroom, providing interactive teaching aids to teachers and helping children aged as young as 4 to learn to speak French.

And so, armed with their lyrics and basic guitar chord fumbling’s, we rose to the challenge and have arranged, produced and recorded dozens of songs for them to date, working with French actors and voiceover artistes to also record the narrative for the interactive elements of the teaching aids.

Fantastic feedback has been received from the end users to date, and Milo is set for many more adventures in the future.

TOP
We use cookies to ensure that we give you the best experience on our website. If you continue to use this site we will assume that you are happy with it.OkPrivacy policy